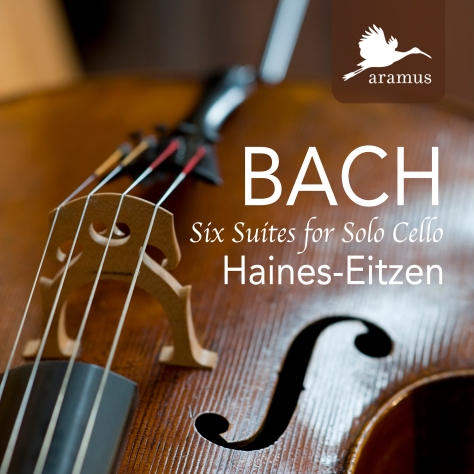 Ever since Pablo Casals resurrected the Bach Cello Suites a century ago, they have been a pillar on which we cellists build our technique and musicianship. From the seven-year-old Suzuki cellist playing “Minuet Number One” to the seasoned concert artist grappling with the pyrotechnics of the D Major Suite, we return to them again and again during the course of our musical lives — often on a daily basis. How to describe the journey of performing or recording the entire cycle of Suites in close succession? Mt. Everest? The Holy Grail? It is a pilgrimage cellists make generation after generation.

For many years I hoped to realize a satisfying interpretation of each movement based on the interplay of their dance steps, harmony, counterpoint, gestures, and affect. But the music continued to be an enigma. What are these archaic dances of the French court written by a German composer who never left his homeland and probably never saw most of the dances performed? Bach inserts Italian dances (Corrente) into the Suites but spells the title (Courante) as if he were writing the more somber French version of the dance. Then when we finally have a true French Courante in the 5th Suite, the metrical marking and harmonic flow indicate a spritely pace much more suited to the Italian style. Bach writes for an upstart of an instrument, which had only recently begun to supplant the viola da gamba and was unusual in a solo role and unheard of as a leader of the dance. Just as challenging, articulations and even the notes themselves are often called into question. Because there is no known manuscript in Bach’s own hand, we place our bets while jumping between readings of the five known early copies and editions. Questions abound, and for every one to which I discover an answer, two more spring up in its place.

And then the matter of contradictory performing traditions. There is a well-known quip that whenever you perform Bach, you are sure to have half of the audience hate you by the time you are done. The styles of Bach performance passed down from teachers to students vary tremendously with regard to vibrato (should it be continuous or sparing?), use of the bow (should it be sustained or staccato?), and choices of instruments (gut or steel strings? modern or baroque bow? endpin or not?). Contemporary dogma in some “Historically Informed Performance” circles states that the Suites should be played with a tuning of ‘A’= 415 Hz (roughly a half-step lower than standard contemporary tuning). 18th century historical evidence in the form of organ pipes and written accounts, however, indicates no such universal standard. Instrumentalists played with a variety of tunings in some cases higher than our modern ‘A’=440 Hz, and we can only speculate what specific pitches Bach had in mind when he wrote the Cello Suites. Proponents of one approach or another spar with religious fervor in both concert halls and scholarly journals. Recently, baroque violinist Sigiswald Kuijken literally turned the suites upside down by claiming that they were originally written for the “viola da spalla,” a giant viola or diminutive cello played like a violin on the shoulder or chest, but tuned like a cello — an instrument that can be seen in numerous Renaissance and Baroque paintings of musicians. (Convenient for him that viola and violin are his specialty!)

So what is a cellist to do? After performing the Suites over the years on a variety of instruments by 18th century Italian masters as well as fine contemporary cellos, and an assortment of historic and modern bows, I have chosen to record them on a cello completed in January 2010 by Lawrence Wilke of Clinton, Connecticut, and a French bow from the early 1940s by Eugene Sartory. Larry loosely modeled the instrument after the work of the great 18th century Italian luthier Domenico Montagnana. The Sartory bow was originally owned by the late cellist David Soyer of the Guarneri Quartet and was played in subsequent years by various cellists of the Philadelphia Orchestra. I tune to ‘A’ = 440, and improvise embellishments and sometimes articulations, particularly during repeated sections, in an attempt to follow the baroque spirit. Occasional anachronisms have inevitably peeked through (apologies to my esteemed musicological colleagues at Cornell!), but I have allowed them to remain in order to favor spontaneity over the letter of the law. Long ago having given up on the concept of definitive interpretations of the Suites, I have come to view these interpretations as musings. Most of the suites were recorded in the middle of the night when the sounds of buses fade and the more serene trills of crickets and cicadas rise in Cornell’s Sage Chapel — they represent a midnight journal exploring some of the questions and, hopefully, answers I have encountered along the way.

I wish to thank my teacher, Janos Starker, whose visionary recordings of the Suites inspired me to start my own journey up the mountain many years ago. Also, I offer appreciation to my former colleagues
in The Philadelphia Orchestra who introduced me to a great and very different performing tradition. To my colleagues at Cornell University: Thank you for the challenging and fascinating world of scholarly inquiry you have opened to me. A special thanks to Neal Zaslaw, whose seminar on Performance Practice invigorated me to revisit the idea of recording the Suites. Finally, and most importantly, I thank my wife Kim and boys Eli and Ben for their support and patience while I slept through their waking hours during July of 2010, sneaking out for nightly forays into the music of Bach.

Aramus.org sponsors the Borderlands International Music Festival, celebrating diversity of cultures through the international language of music. Concerts will feature collaborations between musicians from the United States, Mexico, and Canada.